How to read a crochet chart 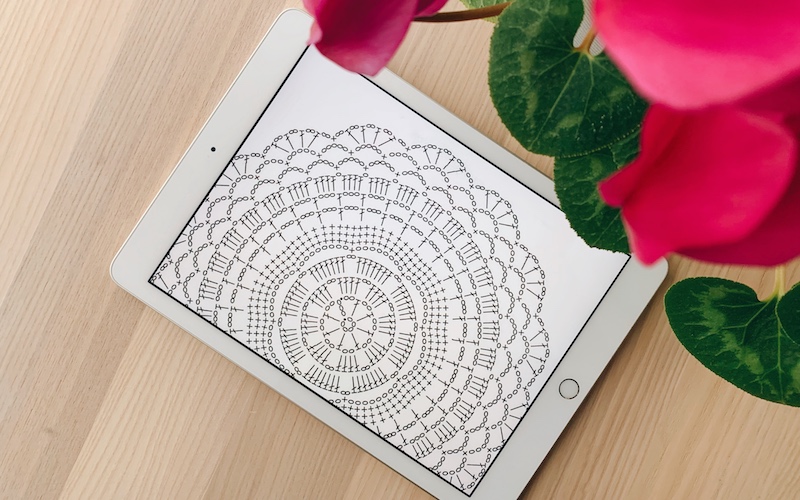 Crochet charts are helpful, visual guides that make it easier and quicker to visualize and learn complex crochet patterns. However, they can be pretty confusing when you first start out with them.

In this guide, we will cover what each symbol means on a crochet chart and how to read them once they are put together.

What is a crochet chart?

A crochet chart is a diagram that illustrates a specific crochet pattern. It uses different symbols to represent different stitches and shows exactly where each stitch should be placed.

Why should I learn to read crochet charts?

Crochet charts are useful for patterns that use a variety of different stitches or on patterns that are hard to explain with written instructions alone.

Lace patterns, for example, almost always come with a chart, since they tend to be more complex than your average crochet pattern. Being able to visualize the stitches and their order in the pattern makes it easier to follow along as you are crocheting.

Crochet charts also erase any possible ambiguity in a pattern.

The US and UK use different terminology for crochet tools, stitches, and techniques. A chart ensures there won’t be any confusion between which stitches or techniques are needed  in the pattern.

Crochet charts are not meant to replace written instructions completely. They simply add an extra element to ensure that the intended user has the best understanding of the pattern as possible.

Even with a chart, you should also refer to the written instructions when setting out to use a pattern.

How to read crochet charts

There are a few factors to consider when attempting to use a crochet chart for the first time. You will need to understand which direction to read the chart from, identify which symbol represents which stitch, and how to tell if you need to use a special technique.

Many crochet charts come with a stitch key or legend to help you identify each symbol used in the chart. However, some do not, so it is helpful to be able to identify them on your own.

The basic stitches are as follows:

The horizontal slash lines in the last three stitches indicate the number of yarn overs needed to make each type of stitch. If you forget which symbol is which, you can use the yarn over lines to guide you while crocheting.

The puff, popcorn, bobble, and cluster stitches all require crocheting through the same base stitch several times. They do not increase the number of stitches in the row because they are all stitched together at the top to make a single wide (or protruding) stitch.

For example, a popcorn stitch requires five double crochet stitches worked into one base stitch.

To represent that on a crochet chart, the double crochet symbol would have four curved lines – two on each side – of the DC symbol. This results in a total of five lines (four curved lines and the straight line of the original DC symbol) to signify each individual DC stitch that you would work into the base stitch.

These stitches can vary significantly depending on whether they are made with half double, double, or triple crochets and how many stitches are being worked into a single bottom stitch. However, as long as you count the number of curved lines and pay attention to which symbol they are attached to, you should be able to understand any variation you see on a crochet chart.

Understanding the symbols for combined stitches

Decrease stitches (meant to decrease the number of stitches in a row by crocheting multiple stitches together) like SC2TOG or DC3TOG also have their own set of symbols on a chart.

When representing that a certain number of stitches need to be stitched together, crochet charts typically place slanted lines together to form an upward-pointing arrow. They incorporate part of the basic stitch symbol to show what kind of stitches are being combined.

Some examples of this would be:

And so on. You will see many variations with different stitches (and different numbers of stitches being combined). As long as you remember the characteristics of the basic stitch symbol, such as the number of slashes used on the different DC stitches, you should be able to easily interpret any combined stitch symbol you encounter.

Shell stitches, like cluster stitches, require several stitches to be worked into one base stitch. The main difference between the two is that a shell stitch fans out at the top to resemble a seashell instead of clumping together in one spot like the cluster and bobble stitches.

Shell stitches are fairly easy to read on a crochet chart. They are typically represented by several basic stitch symbols clustered together. The symbols connect at the bottom and fan out at the top, much like the finished stitch does.

The exact appearance of the shell stitch symbol will vary depending on which basic stitch is being used, and how many stitches the shell is made from.

Other symbols to consider

Basically, whatever color the stitch is on the chart is the yarn color you should use.

Understanding which direction to read the chart from

Each row is worked from a different side, so if you worked right to left on row 1, you would work left to right on row 2.

Sometimes a crochet chart will have an arrow to tell you where to start and where to end, but that often is not the case.

If the chart is meant to be crocheted in the round, you would start from the middle and work your way outward.

Occasionally a crochet chart will have numbers on the bottom and one side of the chart to help you count and keep track of the number of stitches and rows. It also helps you discern in which direction the pattern begins because the first stitch will be labelled as stitch #1.

However, this practice is much more common in knitting charts and is not reliable for crochet.

There are a few basic practices that can make working with crochet charts much easier.

Read the symbols out loud

Read the symbols aloud as you are crocheting. This will force you to acknowledge which stitch or technique is being called on and you will be much less likely to make mistakes.

Remember, most of the basic stitches look very similar, so it is easy to miscount or misjudge the yarn over lines when you are just skimming the chart.

If your pattern comes with a legend for all the symbols used on the chart, make sure you pay close attention to it.

The list of symbols given in this guide is fairly comprehensive, but some charts will use more obscure symbols, use an uncommon variation of the ones listed in this guide, or make their own if the techniques needed for the project are advanced.

If your pattern does not have a legend you can use a crochet stitch key below as a reference.

Print out your charts before you use them

If you are using a chart you found online, it is a good idea to print out the chart (and the written instructions, come to think of it!) before you begin. Having the chart right in front of you will make it easier to follow along.

Technology is also not always conducive to this type of work. Sleep modes, idling screens, constant notifications, and even system crashes can all slow down your work or make you forget your place.

Plus, printing off your chart leaves your phone or PC free to use, so you can look up any stitches or techniques you are not familiar with, without having to navigate out of your chart or instructions.

Learn the basics of crochet first

Crochet charts are not good for crochet beginners. It is much harder to remember the meaning of each symbol when you don’t even know how to do the technique it represents.

Be sure you know how to make all of the stitches and how to do things like increase or decrease stitches before you jump into using charts.

You will most often encounter charts for more advanced projects anyway, so if you are not proficient in the basics of crochet, the project will most likely be beyond your skills anyway.

If you’d like to master the crochet craft we have a whole post dedicated to the best crochet books that can be useful to both beginners and advanced crocheters.

Well, there you go! We’ve covered  everything you need to know about crochet charts, including what they are, what they are used for, and how to read them.

If you found this guide useful, or if you have any tips you think we should include – leave us a comment below! And, as always, feel free to share this page with your friends. How to Make a No-Sew Fleece Blanket 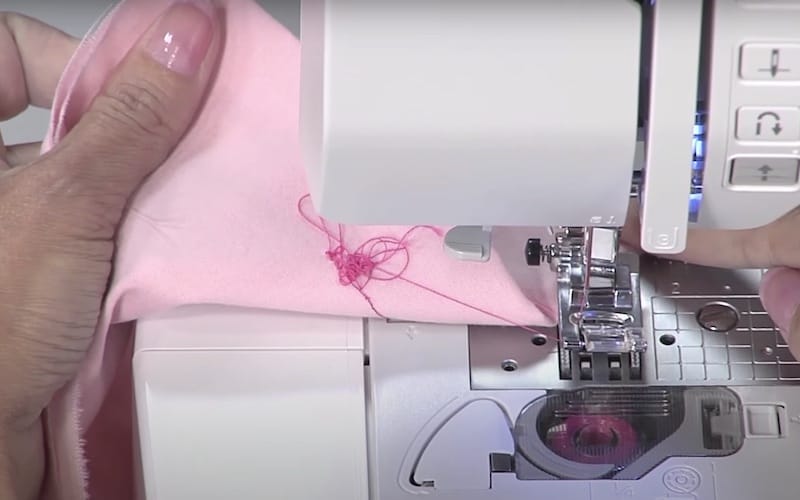 How to Fix Bobbin Thread Bunching 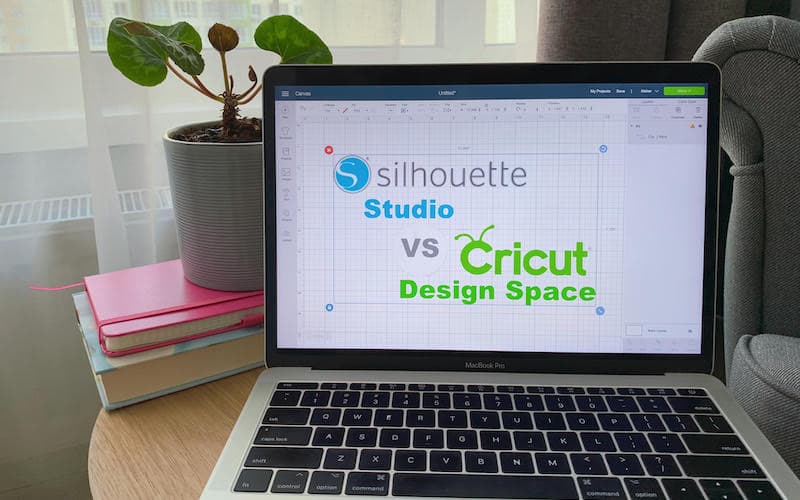