History of Knitting: From Ancient Egypt to the Present Day 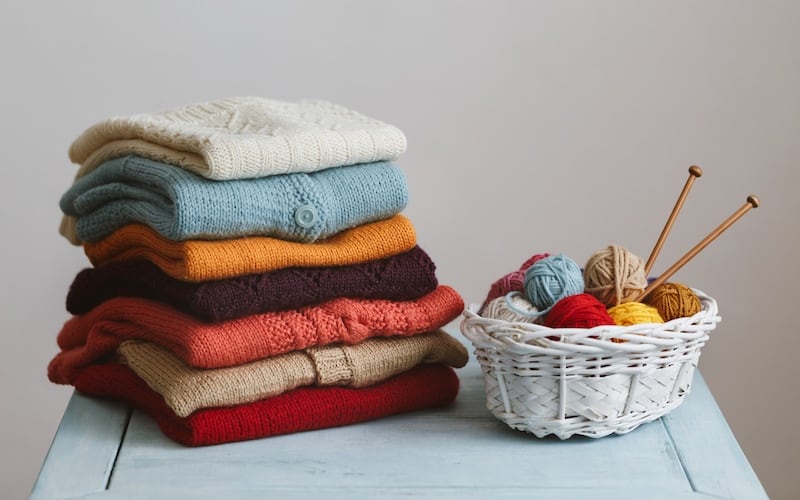 As you sit with a pair of needles in hand, have you ever wondered how knitting was invented? Who first thought to create textile by joining together loops of yarn, and how was this been used through the centuries?

Let’s take a look at the fascinating history of knitting.

Overview : A history of knitting

Although no one knows exactly when or where knitting started. However, the earliest examples of knitted items were found in the Middle East, and historians believe this is where the art form originated.

Knitted items first made their way to Europe in the Middle Ages, and knitting quickly took off. Knitting was regarded as a fine art form, mostly used to make silk knitted items like stockings.

The invention of the knitting machine in the late 16th century took this craft to an industrial level. England became a center for the knitting industry, exporting stockings and other knitted items globally by the 18th century.

In the early 20th century, knitted items became the height of fashion, and the mass production of knit textiles became possible thanks to the invention of synthetic yarns in the 1950s.

The decades that followed saw knitted garments of all kinds produced on an industrial scale. Today, knitting as a craft is more popular than ever, thanks to more exciting varieties of yarn and digital resources for knitters.

When was knitting invented?

Knitting is believed to have originated in the Middle East in the 5th century, with the earliest examples of knitting found in Egypt.

Knitting was popular with the nomadic groups in this part of the world because it did not require the heavy loom used in weaving. This meant it could be done from anywhere without having to carry heavy equipment.

These nomadic travellers then brought knitting techniques to Europe, which were found there by the 13th century. The busy wool trade routes between the Middle East and Europe also helped to spread the craft.

Back in the Middle East, the skill of knitting became well-established in all levels of society. Royal houses employed knitters for their craft.

Once knitting techniques arrived in Europe, they were enthusiastically adopted across the continent. Some countries developed their own unique knitting styles, such as the Dutch reverse stocking stitch, and the knots and cables made in German and Austria.

Knitting spread to the rest of the world in recent centuries, as the craft was introduced by European colonists and traders.

The earliest examples of knitting

The oldest knitted artefacts that have been found by archaeologists are a pair of socks from Egypt dating from between the 3rd and 5th century AD.

The socks were made using a technique called nalebinding, which looks a lot like knitting but actually creates knots of fabric using yarn threaded through a sewing needle.

Historians believe that knitting as we know it today, where loops are created using two needles, developed in Egypt from nalebinding. The new technique of knitting created similar results with much less time and effort.

The oldest examples of genuine knitting are also socks originating from Egypt, from between 1000 and 1400 AD. These socks were knitted with two needles to form loops, very similar to modern knitting techniques.

The socks are also well-made and very elaborate, with intricate colorwork. The standard of craftsmanship suggests that the art of knitting was already well-established, and had probably been around for some time at this point.

It is difficult to be certain exactly when or even where what we recognize today knitting developed. However, the earliest examples of both nalebinding and true knitting have been found in the Middle East, so it seems likely that this is where these techniques developed.

Knitting in the Middle Ages and the Renaissance

The first incidence of knitted items can be seen in Spain in the 11th century. Knitted goods were brought to Spain by the Islamic Moors, who occupied much of the country at the time.

One of the earliest pieces is a pair of Arab-knitted silk pillows found in Royal tombs in a monastery in Northern Spain, dated in the 11th century. The Spanish Catholic church quickly adopted knitting to create their religious garments.

From there, knitting techniques made their way across the continent. It is not known when the first Europeans picked up a pair of needles, however the first evidence can be seen at this time. The Guild of Knitters in Paris, for example, has been active since 1268. 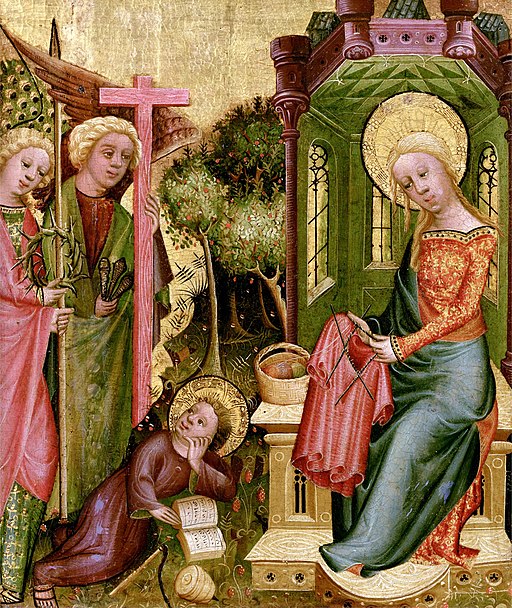 Knitting was seen as an elevated art in Europe in the Middle Ages, with knitting guilds led by master knitters established across the continent. There were even paintings made that showed the Virgin Mary knitting, which shows how well-regarded the art form was.

As the demand for knitted stockings grew, more men and women began to knit stockings for the wealthy. They then also started to knit for themselves and their families, and so knits were adopted by all levels of society.

Knitting and knitted products flourished throughout Europe during the Renaissance, becoming one of the most important types of textiles.

Knitted items became particularly popular in colder parts of the continent like Scandinavia and the British Isles. Warm, weather proof sweaters were well-used by fishermen and sailors, with seafarers commonly knitting their own.

In England, the wearing of knitted wool caps on Sundays was even made obligatory under law in the 16th century! The law also stated that caps needed to be made in the country by someone belonging the official Trade of Cappers guild.

The 16th century also saw the invention of knitting machines that allowed craftspeople to provide fine knits that resembled lace.

By the 17th century, knitting was well established throughout Europe. The invention of the knitting machine in the late 16th century had opened up new industrial possibilities for knitted textiles, and this technology was used to produce high-quality lacing and hosiery.

Various knitted items were the height of fashion during this period. In the early 17th century, for example, knitted silk jackets, knitted by hand in silk yarn and silk, were all the rage.

At the same time, the trade for knitted goods developed rapidly, a pre-cursor to the industrial revolution. In Britain, several cities became major producers of machine-knitted fabrics, most notably Nottingham.

The knitted hosiery industry boomed from the mid-18th century, once the first circular knitting loom was made in England. Machine-knitted stockings were made in large quantities in Britain and exported throughout Europe, as well as to new colonies in the New World.

In the 17th and 18th centuries, following the invention of the knitting machine, hand knitting was seen as cheap and lower quality compared to knits made on a machine.

However, the Victorian era of the 19th century saw a resurgence in the popularity of hand knitting. This is due largely to the fact that Queen Victoria loved to knit, and the women of the country picked up the craft as part of this craze.

The seeds for knitting on an industrial scale had been planted with the invention of the knitting machine in the 16th century, and this industrial vision would be fully realised in the 20th century.

Knitwear became an important fashion item in the 1920’s, with sweaters in particular being at the cutting edge.

Knitwear was associated with sports and leisurewear for both men and women, a key trend during this era. High fashion designers such as Coco Chanel also embraced knitwear in their collections.

As the world faced an economic depression during the 1930’s, knitwear became an affordable necessity, as many had no choice but to knit their own clothes. However, it was more developments in technology that would see the biggest changes to the knitting industry.

The invention of synthetic yarn and fibers in the 1950’s meant that companies could mass produce knits like never before. Knitted garments were prominent in fashion for decades to come.

After something of a decline in the 1980’s, knitting has once again come to prominence in the 21st century. However, knitting today has changed greatly since its emergence over a millennia ago.

There is now an incredible range of yarns available, in every color, material and effect you can imagine. The digital age has also helped knitters to find new patterns, and share their craft with an enthusiast online community.

Knitting has evolved significantly since the first nalebinding socks were produced in Egypt. Since then, advances in technology such as the knitting machine, the circular knitting loom, and synthetic yarn have seen knitted garment produced on vast industrial scales, to support their popularity as a fashion item.

Today, the digital age has made it more convenient than ever to enjoy knitting as a past time, and more people are picking up knitting needles than ever before. 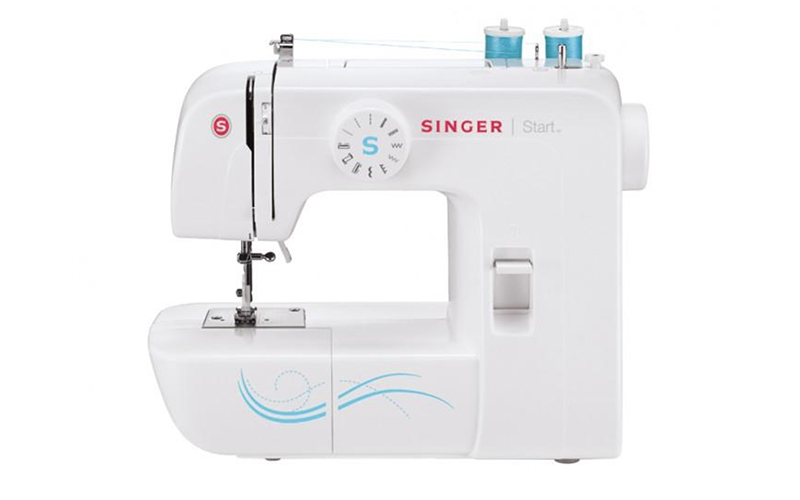 Singer 1304 Review: Should You Buy This Sewing Machine? 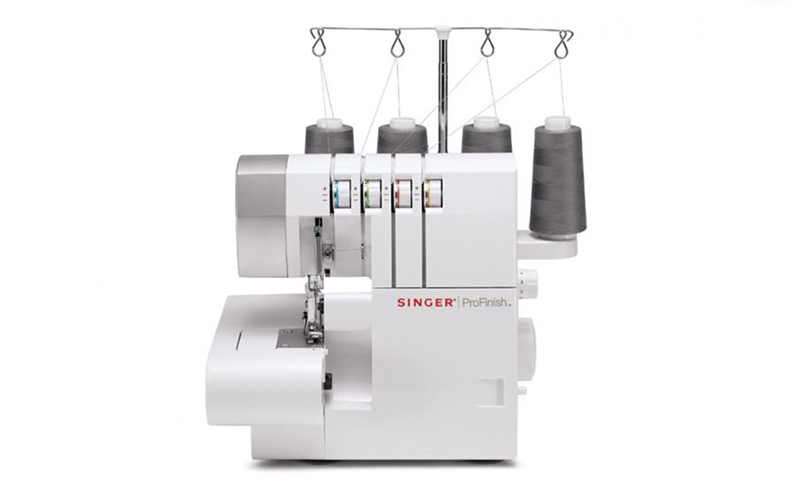 Singer 14CG754 Review: An Affordable Serger for All Levels 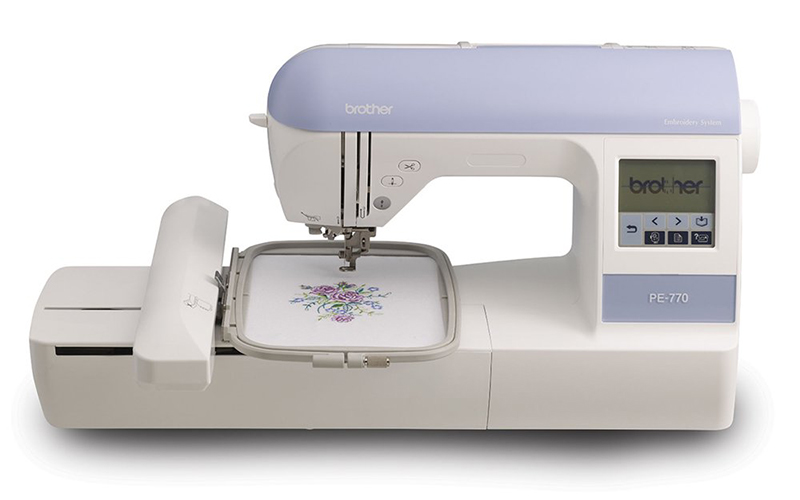